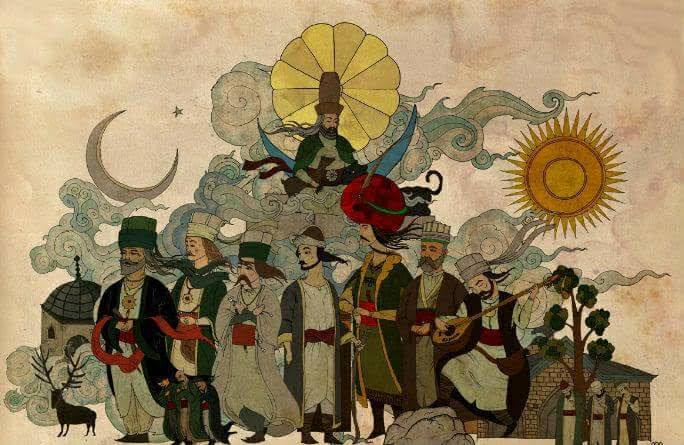 Balabam is welcoming you to experience the mesmerising mysticism of Anatolian and Alevi Folk Music!
And here’s some introductory information to put you the mood..
The bağlama or saz (a plucked folk lute) is considered to be an emblem of Anatolian culture. The name comes from the Turkish “bağlamak”, “to tie”, referring to the frets tied to the neck of the instrument. Alevism is a belief system found mainly in Anatolia, parts of the Balkans and Central Asia. Alevi religious services, known as cem, include spiritual exercises incorporating elements of deyiş (oral statements) and semah (ritual dance). Both are accompanied by sung mystical poetry and the bağlama.
In this concert, as they perform traditional music from Anatolian and Alevi deyiş folk music, Huseyin Kaplan and Dursuncan Cakin will be joined by an ensemble featuring:
Cem Tuncer : bass
Erdal Unsalan : bağlama | saz
Gizem Altinordu : percussion
Serkan Cakmak : kaval flute
Music starts at 7pm // Tickets: £5 on the door