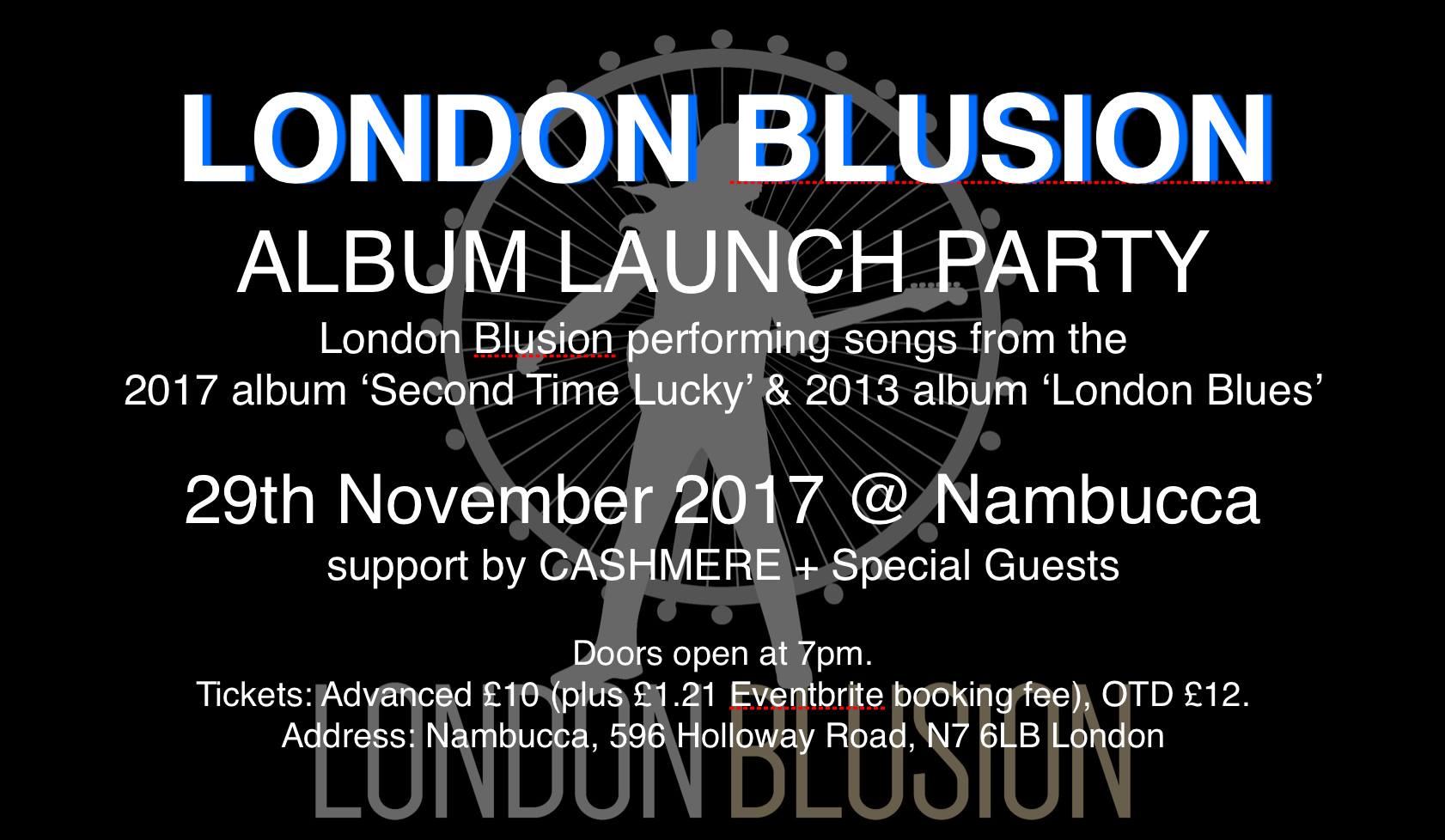 London Blusion is performing songs from their new album “Second Time Lucky” and also songs from the first “London Blues” release at Nambucca on the 29th of November 2017. The album has been on the IBBA radio charts for many months reaching TOP 14 since its release in May 2017. Needless to say there will be many guests coming on stage with the band and also Cashmere is the supporting act for the night. This is a New Blues genre event with lots of funk, rock and fusion performed by well noted and recognised musicians form the London Blues, Jazz and Rock live music scene. Mete Ege on guitar & vocals, Nick Marangoni on drums, Cem Tuncer on bass, Chicco Allotta on keys, James Lawrence on trombone, Bodo Maier on trumpet and Aaron Liddard on saxophone. There will be many guest musicians who will perform with the band on stage. Tickets are advanced £10 ( plus £1.21 Eventbrite fees) and £12 at the door. Doors are open at 19 00. Support band Casmere starts at 19 45. For tickets : https://www.eventbrite.co.uk/e/london-blusion-album-launch-party-tickets-39699094059