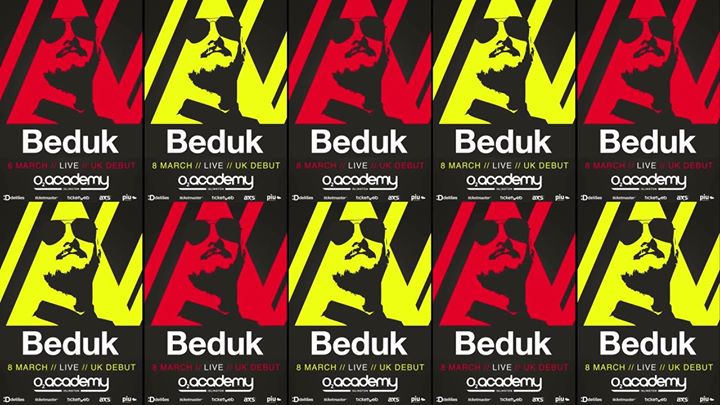 The multi-award winning dance musician/producer/performer Beduk will be performing in London for the first time.
On March 8th London audiences will be able to witness this talented artist/producer in his UK debut at the 02 Islington when he’ll bring his unique music to one of London’s premier music venues.
Beduk is considered an artist of unique talent from istanbul; he broke the mould of traditional Turkish popular music by acting as writer, producer, recording artist, multi-instrumentalist and video director on his own highly commercial rock/dance music from the start. His creative and award-winning videos have gained him millions of fans worldwide; MTV was an early champion, youtube followed in helping to build Bedük’s visual global platform.
After seven albums, multi-million hit music videos, hundreds of sellout live shows, TV, awards and nominations, as well as collaborations with other top artists, Bedük will bring his unique mix of funk/rock infused electronic dance music and will be playing tracks from his forthcoming album ‘Flashforward’. He will also be performing his original bests and the covers he released over the years including ‘This Fire’ (Franz Ferdinand), Rock‘n’ Roll Queen (The Subways) ‘Missing’ (Everything But The Girl) and much more.
“London is the capital of music,” says Beduk. and for me starting the worldwide journey from London is the best feeling. I am really excited about performing in London for the first time on 8th of March, people get ready!”
www.beduk.net