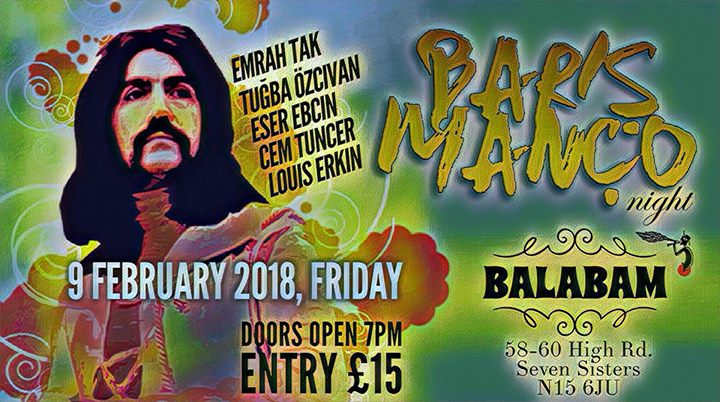 Tribute to Baris Manco:
Barış Manço was one of the most influential Turkish musicians. In his early career he and his bands contributed to the Turkish rock movement by combining traditional Turkish music with rock influences, which is still one of the main trends of Turkish popular music.
His visual image, characterized by his long hair, mustache and big rings, softened the reaction of the otherwise conservative Turkish public opinion.
Manço pioneered the progressive rock-influenced Anatolian rock movement in the 1970s. His experimentation with electronic instruments in the late 1980s contributed to the 1990s sound of Turkish popular music.
His lyrics with diverse themes, mostly following a somewhat modernized version of the “aşık” (wandering folk poets) tradition were heavily marginal in the popular music scene of the 1980s which was mostly dominated by love-themed lyrics.
In 2002, a tribute album was released under the name Yüreğimdeki Barış Şarkıları (“Songs of Barış (Peace) In My Heart”), featuring 15 popular Turkish artists of such diverse genres like arabesque, pop and rock (both Anatolian and western style) demonstrating his wide range of influence.
Musicians :
EMRAH TAK
TUGBA OZCIVAN
ESER EBCIN
CEM TUNCER
LOUIS ERKIN YALAZ
Music starts at 9pm // Tickets: £15 on the door